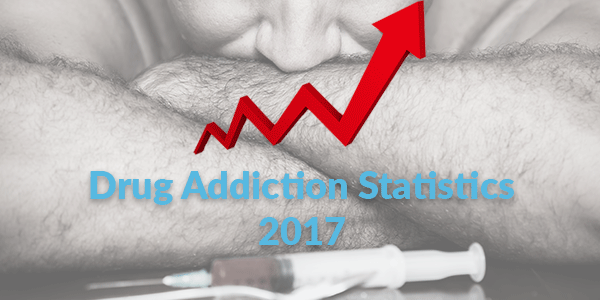 When you look at the current drug addiction statistics in the United States it quickly becomes clear that there is a major problem going on that is having an impact upon our society as a whole. What a lot of people fail to realize is that drug addiction isn't just something that affects the drug addict. It also impacts their family, their friends, and even the economy. The emotional impact of having to try to help an addict get help is very draining for friends and family members, and then of course there are the mounting medical expenses that they have to contend with as they try to get their loved one the help that they need. If that fails, or if there is nobody willing to help, then the cost for trying to save a drug addict is either funded through state insurance for those with low income, or they leave a pile of unpaid medical bills behind them. If they are using Medicaid or some other type of state issued insurance then they are using taxpayer's money to cover the cost of their treatment. If they are simply going to the hospital and not paying their bills then they are costing the hospital money, which it will then be forced to recoup by raising the costs for everyone else. The bottom line here is that once you look at the current drug addiction statistics, and take into account how this epidemic impacts us all, it should be clear that a stronger stance has to be taken to combat the influence that drugs has on our country.

Alcohol Abuse And Addiction Statistics
While not a lot of people think of alcohol as a drug the reality is that it is in fact a drug, and it has a major impact upon our society. What makes alcohol particularly dangerous is the fact that it is legal and readily available.
1. It is estimated that there are as many as 18 million Americans that are alcoholics.
2. Over 11% of Americans have driven under the influence of alcohol, a reckless act that endangers their lives and the lives of others.
3. Of the adults who are alcoholics nearly 12% admit to also being addicted to another type of drug.
4. More people seek out treatment for alcohol abuse than any other type of drug.

Nicotine Abuse And Addiction Statistics
Much like alcohol many people don't think of nicotine and the word drug in the same sentence because it's something that anyone of legal age can pick up at any grocery store or convenience store. The reality is that nicotine is highly addictive and it has a negative impact upon your health which is in many ways the very definition of a drug.
1. In the United States the total amount of monetary losses due to the impact that tobacco products has upon the health of the population is a staggering $190 billion dollars or more. This figure takes into account the combination of drug costs, medical care, and lost wages as a result of nicotine use.
2. For teenagers that smoke cigarettes the rate of usage for other drugs was nearly 10 times higher than it was for teens that did not smoke.
3. The good news is that the number of smokers has steadily decreased over the past few years dropping by approximately 13% in the past decade alone.

Marijuana Abuse And Addiction Statistics
Today more and more people are starting to favor the legalization of marijuana in one form or another. Many states allow it's use for medicinal purposes, and several even allow it's use for recreational purposes. What's important to remember is that even when legal marijuana is a drug. It can impair you, and there is significant evidence that suggests that it is often a gateway drug that leads the user to experiment with more dangerous drugs down the road.
1. It is estimated that over 7,000 new users experiment with marijuana for the first time each day, contributing to the fact that it is the most popular illicit drug in the world.
2. Over half of the people that try marijuana for the first time are under the age of 18.

Cocaine Abuse And Addiction Statistics
Cocaine is a powerful narcotic drug that has seen it's use rise and fall over the years. Currently cocaine use is high, but it's use has actually been declining in recent years. Unfortunately this is likely due to the competition from other drugs rather than people deciding that using drugs is a bad idea.
1. It is estimated that about a quarter million Americans have a cocaine addiction.
2. When patients are admitted to an emergency room for alcohol abuse the most likely other illicit drug in their system is cocaine.
3. The use of cocaine is highest among people aged 18 to 25.

Heroin Abuse And Statistics
Heroin is a powerful is a powerful drug that has long been abused due to it's potency. Unfortunately the risks involved in the use of heroin are significant which means that users are exposing themselves to a lot of potential health risks when they use this drug. There is a serious risk of overdose, and there is also the risk associated with the use of needles for injecting heroin.
1. Estimates say that up to 80% of new Hepatitis C patients are heroin users.
2. The use of heroin has more than doubled in recent years.
3. Approximately half of heroin users admit to having become addicted to prescription pain killers prior to transitioning over to heroin to fulfill their needs.
4. Over a quarter million Americans go to the emergency room each year as a result of a heroin overdose.

Prescription Drug Abuse And Statistics
When people think about drug abuse statistics they don't often think about the impact that prescriptions drugs have on those number. The truth is that prescription drug abuse is an even bigger problem than other illicit drugs.
1. Approximately 75% of drug overdoses are a result of prescription narcotics.
2. Millions of Americans are prescribed narcotic painkillers every year, many of those that are given these medications are given too many pills and are not properly monitored by their doctors.
3. Over half of the people that abuse prescription drugs were not originally prescribed those drugs, they got them from friends or family members.
4. It is more common for someone to have an overdose as a result of prescription drugs than it is for them to have one as a result of cocaine or heroin use combined.

Methamphetamine Abuse And Statistics
Meth is a powerful stimulant drug that causes users to feel euphoric. Unfortunately it also causes a wide range of health problems and photos of people taken before and after use of the drug are very disturbing in most cases.
1. More than 13 million people in the United States have abused meth, currently well over 3/4 of a million people are addicts to this powerful and dangerous drug.
2. Meth use has become increasingly popular with college students. Some use the drug to party, some use it to stay awake as they struggle to find time for work and studies. In either case about 1/4 of college students have admitted to taking this drug.
3. Meth releases about 4 times as much dopamine as cocaine, which makes it much more addictive.
Inhalants And Hallucinogen Abuse And Statistics
Inhalants and other types of hallucinogens are powerful and dangerous. Some users prefer a drug, while others will use household cleaners and other types of aerosol products to get their high.
1. There are over 5,000 LSD related emergency room visits every year.
2. Over 300,000 people a year are treated for hallucinogen abuse.
3. There are over 190,000 hospitalizations each year due to poisoning from hallucinogen abuse. 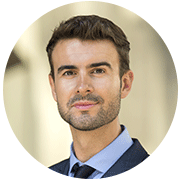