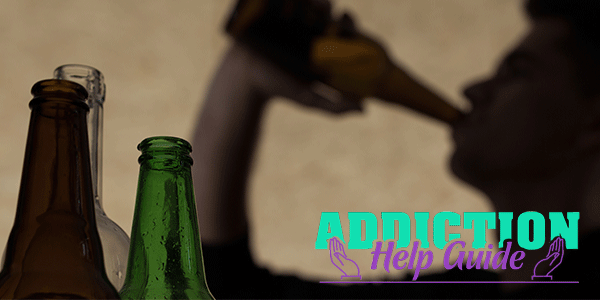 Alcohol Addiction is one of the most pervasive addictions that our society has to deal with today. Often times when you think of someone who is an addict images of drugs, needles, and sketchy alley ways come to mind. This isn't typically the case when it comes to alcohol addiction. Alcohol addiction tends to be a bit more subtle, but just as deadly and can cause havoc in its victims life.  Whether you are a housewife, doctor, school teacher, or business person alcohol addiction can take hold of what you love and slowly, but surely drive it a way. Here are the 5 stages that lead up to Alcohol Addiction.

When you experiment with alcohol your initial experience will have alot to do with how you frame alcohol use for the rest of your life. If it was a terrible experience where you were extremely sick, and you felt out of control then often times this leads to someone never using alcohol again. On the contrary if you have a great experience, then you run the risk of the overestimating your ability to control yourself while you are drinking. This can lead to the "superman effect", where alcohol seems to make you feel invincible. You feel like the normal stress and anxiety you feel in social scenarios is gone. The weight of your day seems to melt away and now you feel like new. This is the feeling people begine to crave, and seek after.

As you continue to seek the "superman effect" your tolerance of alcohol begins to increase, and instead having a single beer or glass of wine, and feeling a little enjoyable buzz now you have to have another. This can begin to snowball where now you need 3,4,5 ... 10 drinks to get that same feeling. This is called chasing the buzz. Now in order to get that same feeling that you enjoyed so much during your experimentation phase you have to drink exorbitant amounts just to get the same satisfication. This is the driving force for all addictions. Whether you are addicted to alcohol, narcotics, sex, or making money. When you try and chase a feeling that is brough on by a temporary high, achieving that same high requires more and more of they substance or activity.

Problems Directly Tied To Alcohol Use:

At this stage because of your increased tolerance you start to become more and more dependant on alcohol. With that dependency comes changes in mood, and behavior. These changes accompanied with the diminished decision making capacity often leads to problems like DUI, problems at work, Drunk and Disorderly arresets, domestic abuse, and relationship problems. This phase is typically where family and friends will begin to see the effects of your alcohol dependence, and if you can begin to seek help here it can greatly increase the likelihood of preventing full on alcoholism.

At this stage you no longer feel in control of your alcohol consumption. You feel like your body needs alcohol, and when you aren't drinking you are thinking about drinking. This often times is accompanied with withdrawl symptoms if the person tries to go an extended time without drinking. You are now at a point where an intervention or alcoholism treatment is probably the only thing that is going to help you out of your dependence.

The final stage is full on alcohol addiction. Now there is not just a psychological need for alcohol but also a physical one. The individual no longer recieves any pleasure from drinking, but instead like taking a breath of fresh air it feels like they are meeting a physiological need. This is often times referred to as the crisis stage, because it will be accompanied by health issues as well as psychological issues like depression, anxiety and paranioa. The risk of suicide also drastically increases at this stage.

Alcoholism is a slippery slope. It can start at a young age and it can seem so benign at its beginnings. I'm just going to have a drink with friends one might say, or its just a couple of drinks on the weekends. One thing that everyone should do before they start drinking is take a real inventory of themselves. Are you the type of person who has an addictive personality. Can you really just have one and be done. If so then great! Alcohol in and of itself is not evil. It is every individuals responsibility to manage their own alcohol consumption and take a look at what it is they are using alcohol for. The distance from casual drinker to alcoholic is much shorter than any of us would like to admit so not taking an active approach in looking at your alcohol consumption can lead to harsh consequences for both you and your loved ones.